Promote Chinese Culture via theatrical performance, training and progress towards being a Global City for the Arts.

Rental/Sale of Props and Costumes

Arts Theatre of Singapore, founded since 1955 has been promoting Chinese drama over the last 6 decades. The organization went through good and bad times but remain steadfast in maintaining the culture and spirits of arts. 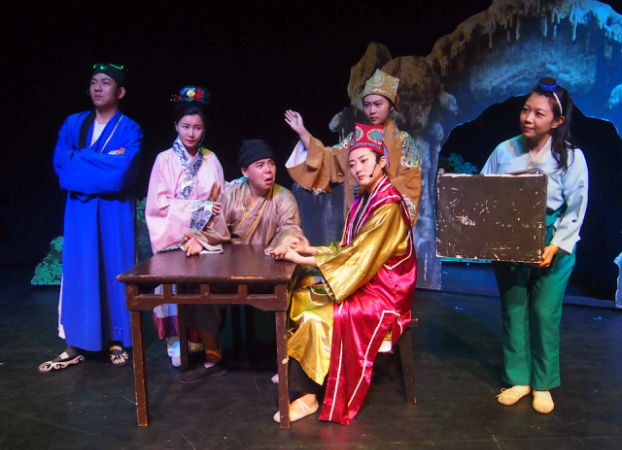 John was appointed on the board of directors on October 2015.

He is an adjunct professor with Remin University, China and a qualified trainer in GRI Sustainability Reporting. In the field of intellectual property, John is a Certified Patent Valuation Analyst (CPVA) and a mediator with the World Intellectual Property Organization.

John holds a bachelor’s degree from the University of Newcastle Upon Tyne, a master degree from Leicester University, an honorary post-doctorate from American Trinity University and an alumni of INSEAD.

He has extensively overseas working experience in China, Indonesia, Vietnam, Philippines, Thailand and Malaysia. His last assignment is as Chief Executive Officer of Sino-Singapore Jilin Food Zone Development and Management Company Limited, a joint-venture between the Jilin government and Singapore Temasek Group.

Rui Rong was recruited by Arts Theatre in 1997 as Stage Designers. He pursued his career to join the publishing company as the editor in 2000, and became a volunteer stage designer and the board member, and now he is the chief editor of the Singapore Federation of Chinese Clan Association’s Publication “源“, he is professionally qualified as a performing arts director in China and a university lecturer in the performing arts.

Rui Rong is recognized for his literate works, having won second prize in the Guizhou youth art works exhibition “Art of the melody of spring”. An Honors Award for his work “August departure”, at Southwest China and his art works of the “Deep Feeling” at the Singapore National painting contest prize (UOB).

He is a frequent commentator, moderator and performer in the Chinese media TV stations and news editorials and has judged in a number of Chinese language and stage performance in Singapore and Malaysia.

Chong Chiah was awarded PBM in year 2000 for his contribution to local arts scene. He retired from Citibank in 2010 as Sr. VP and working full time as CEO in Arts Theatre. To-date, Chong Chiah already produced about 200 Chinese Children Drama Performances, and have developed about 25000 audiences yearly.

Chong Chiah was a member of the Arts Theatre (then called the Singapore Amateur Players) since 1971, as an interest group member in his secondary school days. At 1984, where the theatre was in prolonged periods of reds and almost to close down, Chong Chiah took over as the President in 1986. With the management expertise developed through the experience in Citibank, he ran the theatre like a corporation and managed to save the group from closing. His passion in Chinese Drama, which was facing a downturn then, never ceased and carried him through those hard days where he spent almost all his free time managing the theatre. To-date he is working full time as Managing Director in Arts Theatre after his retirement from Citibank in 2010.

As the prospects turned for the better, Chong Chiah went ahead with many plans to further the vision of the theatre. To successfully promote Chinese Drama, Chong Chiah believed that the love must be inculcated from young. In 1995, he set up the “小雨点少儿艺术团”（Children Speech & Drama） and planted the seeds to numerous successful culture exchanges between Singapore and China. Since then, the young group has traveled to Malaysia, Thailand, Hong Kong and many provinces of China to perform, the latest oversea performance in 2017 Sep was at China, Nanning ASEAN Drama festival. In 2018 Apr, Chong Chiah has successfully collaborated with the Taiwan Apple Theatre to perform ‘The Amazing Journey’ at the Drama Center for 8 performances. An additional performance was added due to audience demand. It was a first for Arts Theatre to jointly perform in Singapore and that could pave the way for more collaboration with foreign arts troupe in future. The group not only trained the young talents in self-expression through drama, but also allowed them to gain exposure and cultivate the love for the Chinese Culture. The group also helped the theatre built a Parent Support Team for Drama, which consist mainly parents of the children group. Hence, the theatre, under the guidance of Chong Chiah, became a hideout where the many families spent their weekend.

In the continuous pursue of promoting the Chinese drama, Chong Chiah took the group into the schools. Starting from primary schools, the Arts Theatre is a regular performer of Chinese proverbs and fables, in the National Arts Council (NAC) initiated Arts Education Program (AEP). The group also serves as a platform for drama lovers and practitioners to learn from each other. This is done through drama training at secondary schools and tertiary institutions, Nation-wide Drama Workshops and Camps for students ranging from pre-school to junior college levels, and National Short Plays Competitions.

At present, the Arts Theatre continues to provide an incubator for Chinese Drama, employing locally-trained NAFA drama trainers, developing local passionate artists and stage enthusiasts, and giving opportunities for young people to learn and grow through volunteerism. Inspired largely by Citibank’s way of developing its talents as well as his personal experience in the theatre for nearly three and a half decades, the theatre is Chong Chiah’s way in contributing back to the society. Although the competition for theatre has grown keener this days, and the importance of Chinese Culture has been downplayed in Singapore, Chong Chiah continues to hold the fortress in this tough environment. To him, the challenges only spur him on to greater community outreach through conscientious efforts from Arts Theatre.

Jia Qi is an accomplished actor, having been invited to Thailand and India for major productions like the Indian Classic “Ramayana”. Other acting performances includes: The Story of Q, a Chinese contemporary classic and “Journey to the West” a Chinese classic dating back to the Tang Dynasty.

Jia Qi was appointed as Artistic Director in 2013, No less gifted, she wrote and directed a number of children plays; “Three Little Pigs and Little Red Riding Hood”, musicals like; “Snow White”, “Master Bear invitation”, “The Mermaids” and “I am a stupid kid?”

Mr Lim is the managing director of Clean Solutions Pte Ltd. He is also a grass root leader of Yio Chu Kang CC, member of CCC and many other welfare committees.

Doris was a member of parent support group in 1995, when she registered her two kids to participate the performing arts activities. Doris was appointed board member in the year 2000, and provided the advice and assistance on the financial matters.

She is currently a financial consultant with Prudential Assurance Singapore, specializing in individualized wealth management since 2004.Before this, at different time, she was the adjunct lecturer for Temasek Polytechnic, National Productivity Board and Institute of System Science lecturing in the field of IT application in Businesses and Project Management for Instructional Systems.

She retired from full-time employment in 1999 from Apple Computer Singapore, rising through the rank as a computer programmer to be the Financial Controller.

Simon was appointed to the board of directors in January 2016.

Chee Keong was appointed to the board of directors on Jan 2016.

Chee Keong is the Director – Human Resource, Kitchen and Bath Group Asia Pacific of Kohler Co. Chee Keong has many years of experience in Human Resource Management. He has worked for both Singapore-based Government Linked Corporations, as well as multinational companies with international operations.

Chee Keong holds a Bachelor of Arts (Hons) degree from the National University of Singapore and a Master of Science degree in Information Studies from the Nanyang Technological University, Singapore. 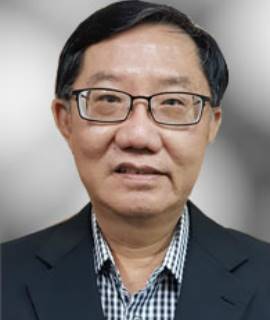 Koh Chong Chiah was a member of the Arts Theatre (then called the Singapore Amateur Players) since 1971, as an interest group member in his secondary school days. At 1984, where the theatre was in prolonged periods of reds and almost to close down, Chong Chiah took over as the President in 1986. With the management expertise developed through the experience in Citibank, he ran the theatre like a corporation and managed to save the group from closing. His passion in Chinese Drama, which was facing a downturn then, never ceased and carried him through those hard days where he spent almost all his free time managing the theatre. To-date he is working full time as Managing Director in Arts Theatre after his retirement from Citibank in 2010. 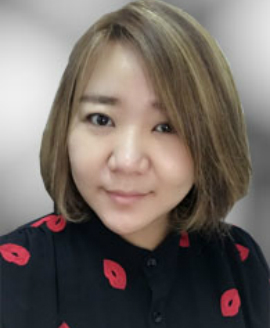 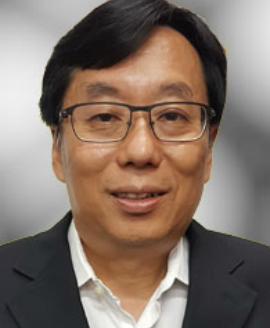 Richard assist the CEO to manage the finance, human resource and operations of Arts Theatre. Prior to his retirement in Citibank in 2015, he had already lead and managed different units within the Bank. 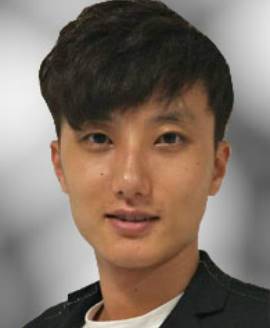 Graduated from NAFA, Performing Arts in 2013, Lead actor for many of Arts Theatre productions and conducted many drama workshops in school. Previously from Mediacorp, he is also in charge of Props/Sets department. 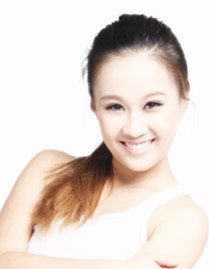 Graduated from NAFA, Performing Arts in 2015. Lead actor for many of Arts Theatre productions and conducted many drama workshops in school. 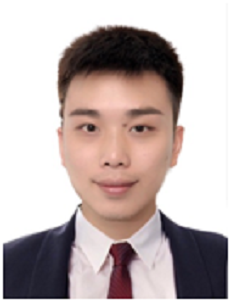 Jia Wei graduated from the Drama Department of Zhejiang Provincial Art School and NAFA, Performing Arts in 2018. Because he was born in the Drama family, he has a great interest in Arts. He has been a lead actor for many of Arts Theatre productions. 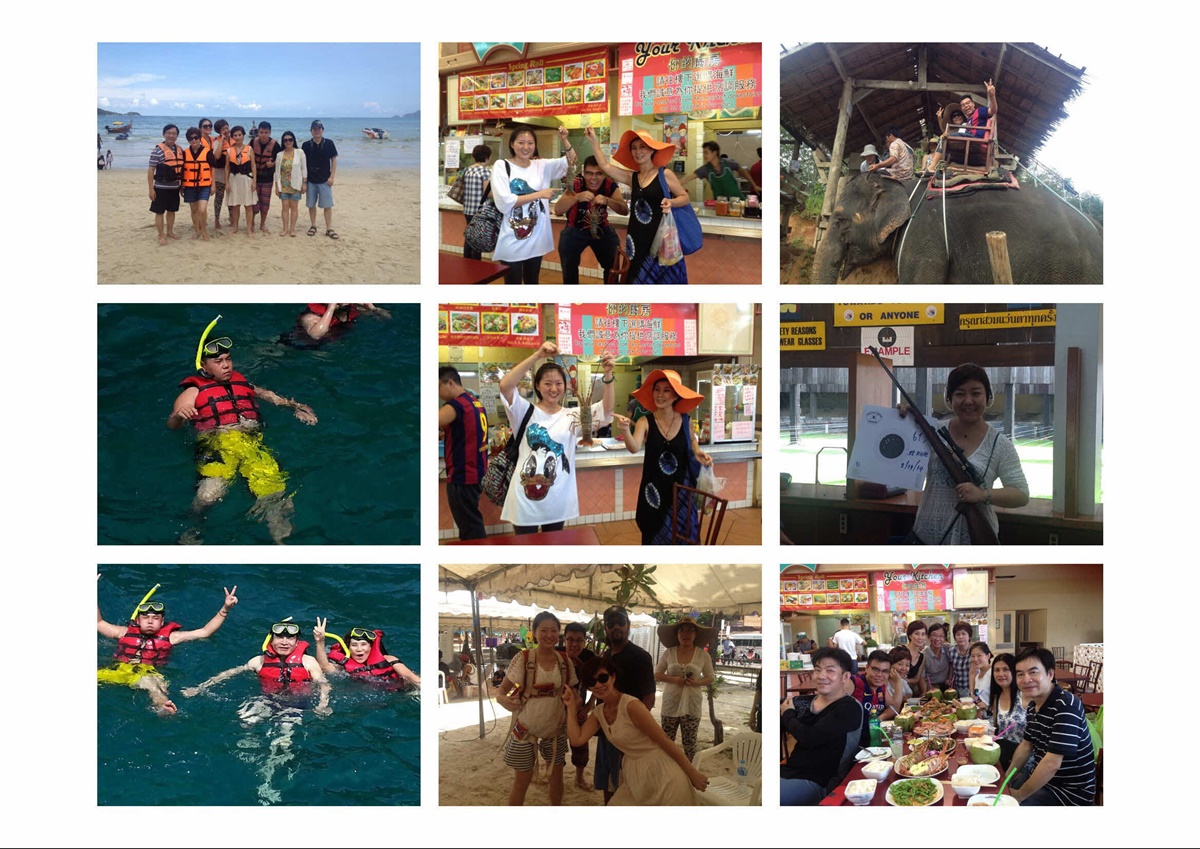 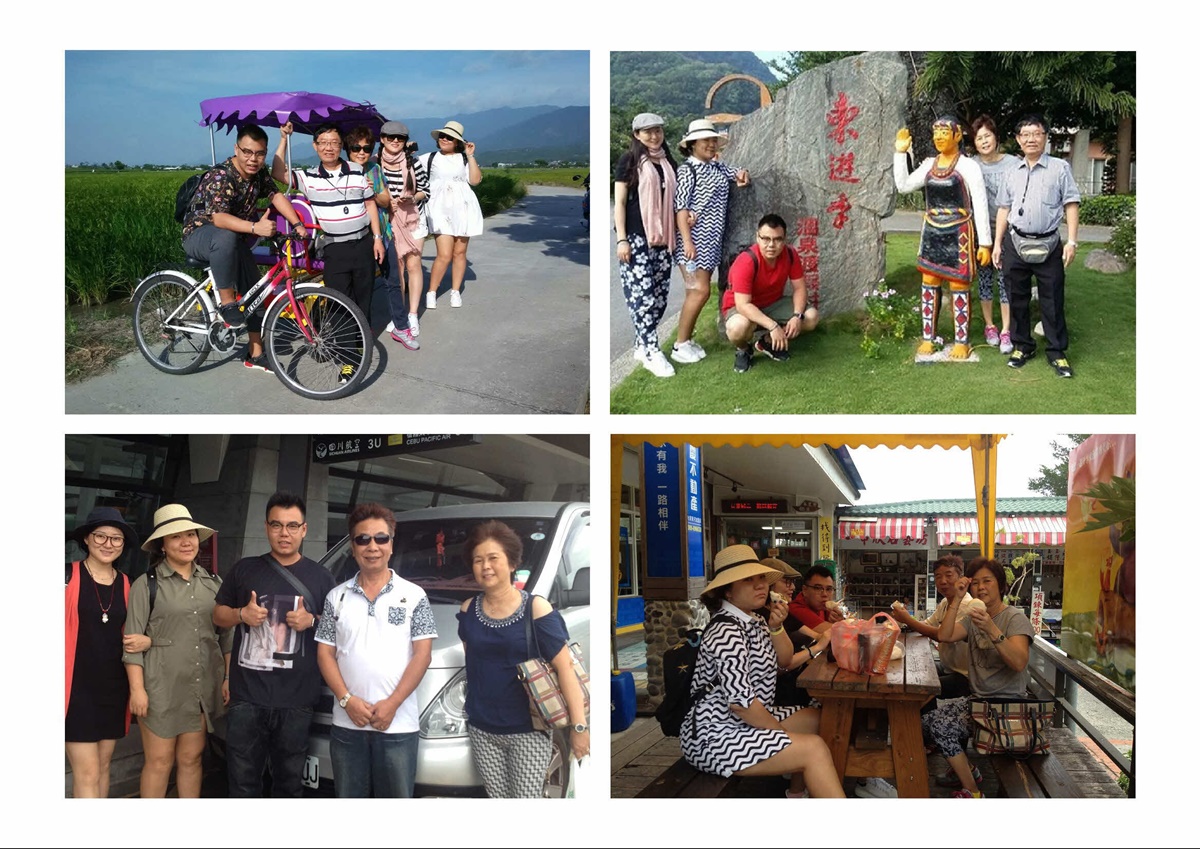 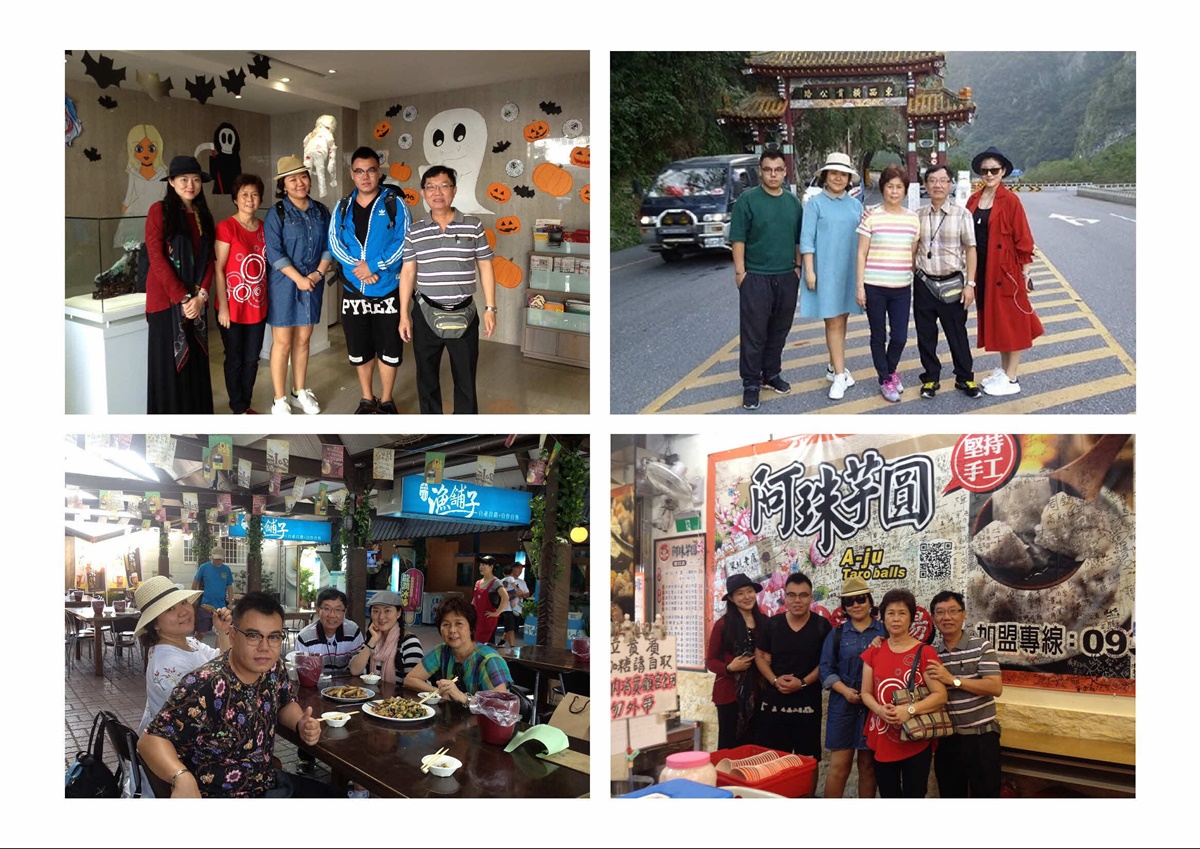 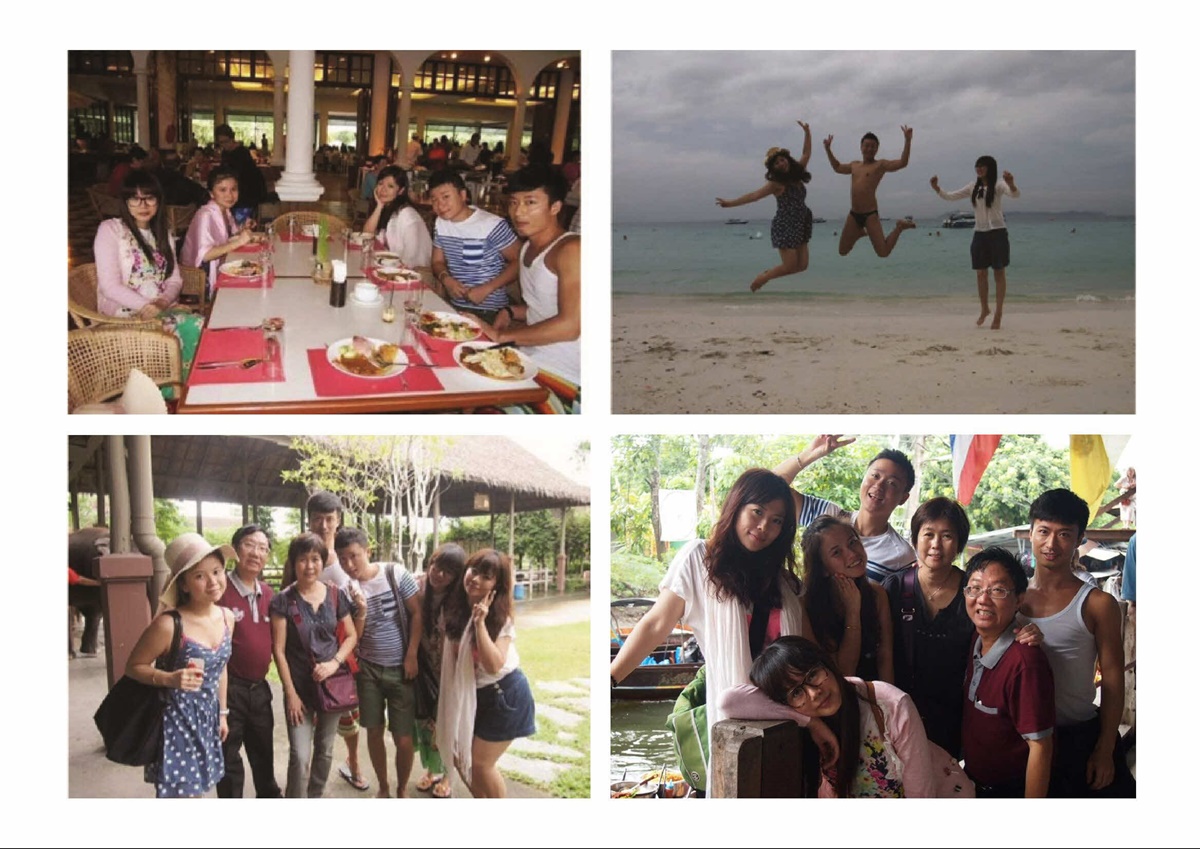 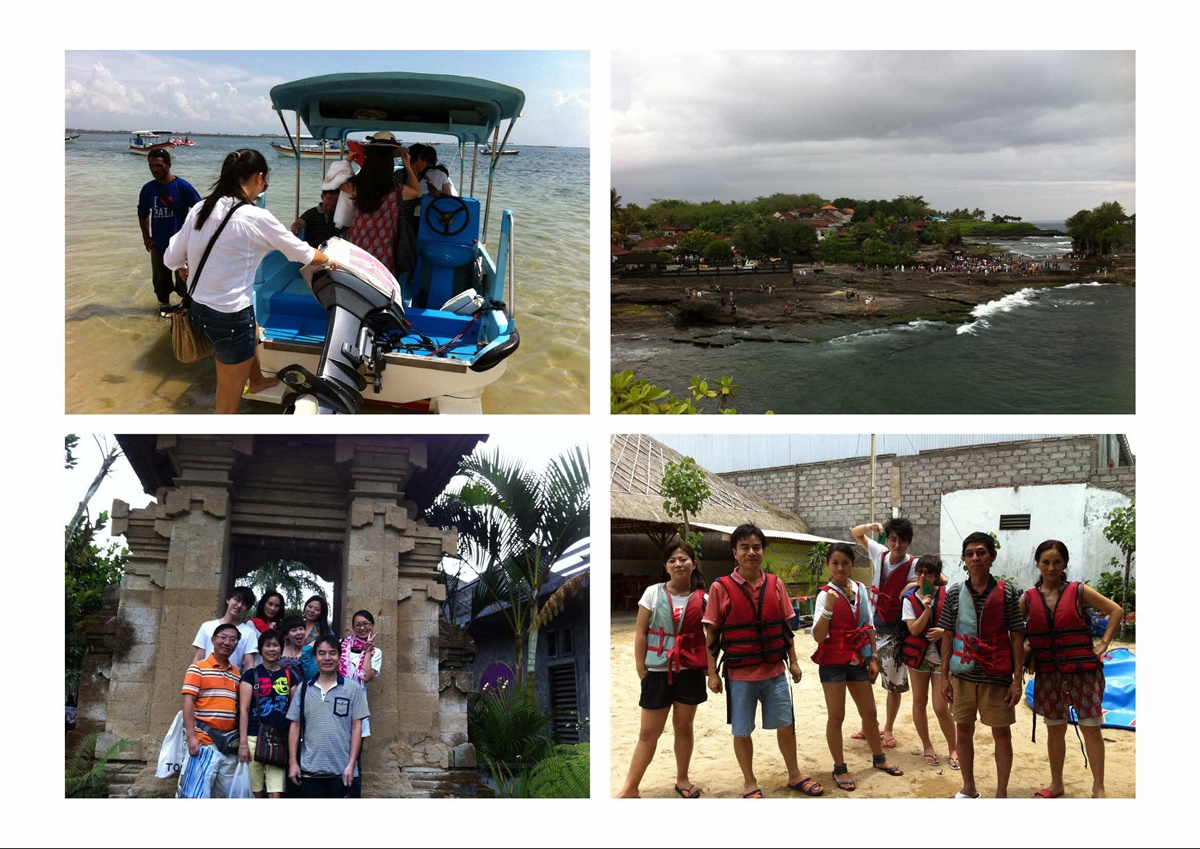 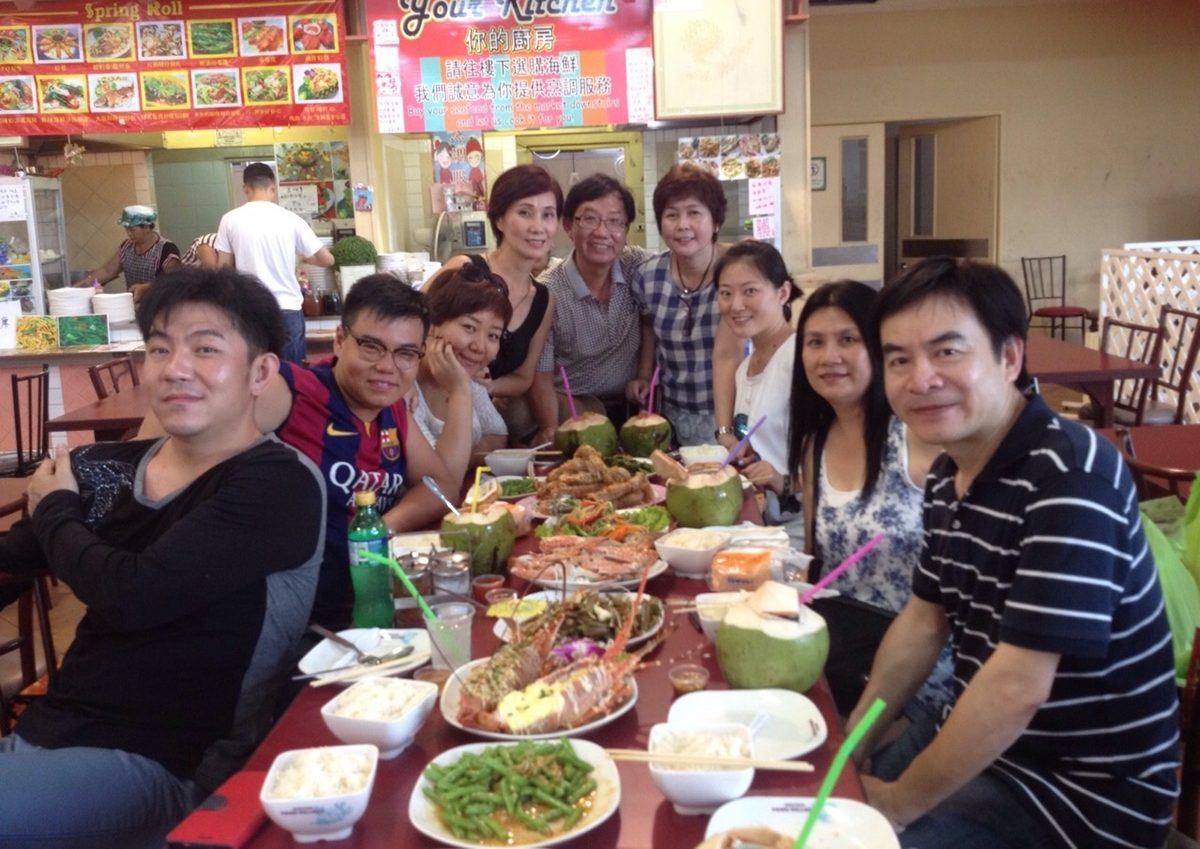